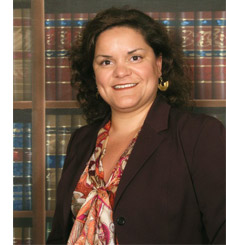 Southeastern College Miami Lakes President Julia Corona is no stranger to shattering barriers to achieve her goals. In a career that has spanned nearly 30 years, Corona has set her sights high and achieved remarkable results in the world of business and education.

While many women were choosing more traditional careers, Corona was studying business and computer information systems. After spending four years as an accountant, Corona quickly rose through the ranks at Executrain Corporation, first as a finance manager and eventually as vice president of operations.

In 2004, Corona took her 15 years of business experience and joined Keiser Career College as a vice president for the Miami Lakes campus. She helped lead the campus through an immense period of growth tripling the student population and obtaining programmatic accreditation from the Accrediting Bureau of Health Education Schools (ABHES), the Commission on Accreditation of Allied Health Education Programs (CAAHEP), and the American System of Health-System Pharmacists (ASHP).

In 2012, Corona took the helm at Southeastern College and continued breaking down barriers. She was instrumental in launching the Diagnostic Sonography program and led the campus in its efforts to receive full accreditation for its nursing program from the Accreditation Commission for Education in Nursing (ACEN)

Corona is well aware of the importance of Women’s History Month as a time to recognize and celebrate the triumphs of women throughout history. But she also understands that there is more work to be done.

“Women’s History Month means taking time to recognize and celebrate the great accomplishments of fearless, smart, and bold women that have changed the world,” said Corona. “It is also a time to reflect on the work still to be done in order to have women recognized throughout the world as equal contributors to society.”

It is coincidental that Corona shares her birthday with one of those smart, bold women:  Maria Curie, the Nobel Prize-winning physicist and chemist who pioneered research in radioactivity.

“As a young girl, I became very interested and influenced by her life due to the fact that we share the same birthday, said Corona. “Her continuous dedication to self-improvement has always inspired me.”

It is fitting that Corona now serves as president of Southeastern College Miami lakes which hosts 15 allied health and STEM majors. In the manner of Curie, she continues to develop in her students – male and female – the characteristics of dedication and self-improvement.

Each year, our nation celebrates Women’s History Month to honor the contributions of women in American history. It is also an opportunity to pay tribute to women who have made a significant impact on Southeastern College and the lives of the students who have studied here. Nationally, the 2019 Women’s History Month theme is “Visionary Women: Champions of Peace & Nonviolence.” It is designed to honor women who have led efforts to end war, violence, and injustice and pioneered the use of nonviolence to change society.